.         Slick snow pellets littered the icy roads as our vehicles slid to a halt in front of Brian Strom’s bakery, just a hop, skip, and jump away from Vermilion Community College. Independently owned and operated businesses encompass Ely, MN, and after weeks of friendly conversation via E-mail, it was time to learn more about one such business with a particular reputation of being a little wittier than most. It takes a lot of guts to start a business called Crapola, especially with the slogan stating that it “Makes even weird people regular.”  We had been excitedly waiting to meet Brian for a couple weeks, ever since he agreed to sponsor Tales of the Trail, and allow us to help him create a batch of his renowned apple cranberry granola. .

We didn’t know what to expect as we as we parked our cars outside the bakery, and to be honest we were a little nervous. Right as we entered the door though, Brian met us with a smile and already felt like a friend. He forewarned us of a parking ticket that might come if we remained parked on the west side of the street. He was already looking out for us, even though we were complete strangers. After shaking hands and introducing ourselves we moved our cars. . 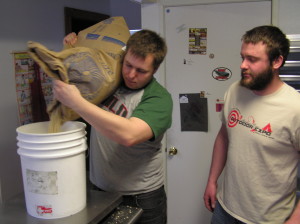 .         Once we came back in, Brian eagerly began instructing us how to make his prized Crapola. Guiding us along the way, he gave us the reins of our very first batch. Following the instructions of our new friend we started to realize the amount time and energy that has been placed into this business. From start to finish, the process of making the granola demanded dedication, concentration and consistency. Add that to marketing, supplying demand, and trying to expand, all while raising a family and trying to keep his small town oriented values makes you start to see that Brian, behind his great sense of humor, is a man to be admired. After several hours of learning, stories, and laughter, we came to fully appreciate Brian and his diligent devotion to Crapola. We even learned to further appreciate his sense of humor with some fancy glasses of Gene Hicks Gourmet Coffee! 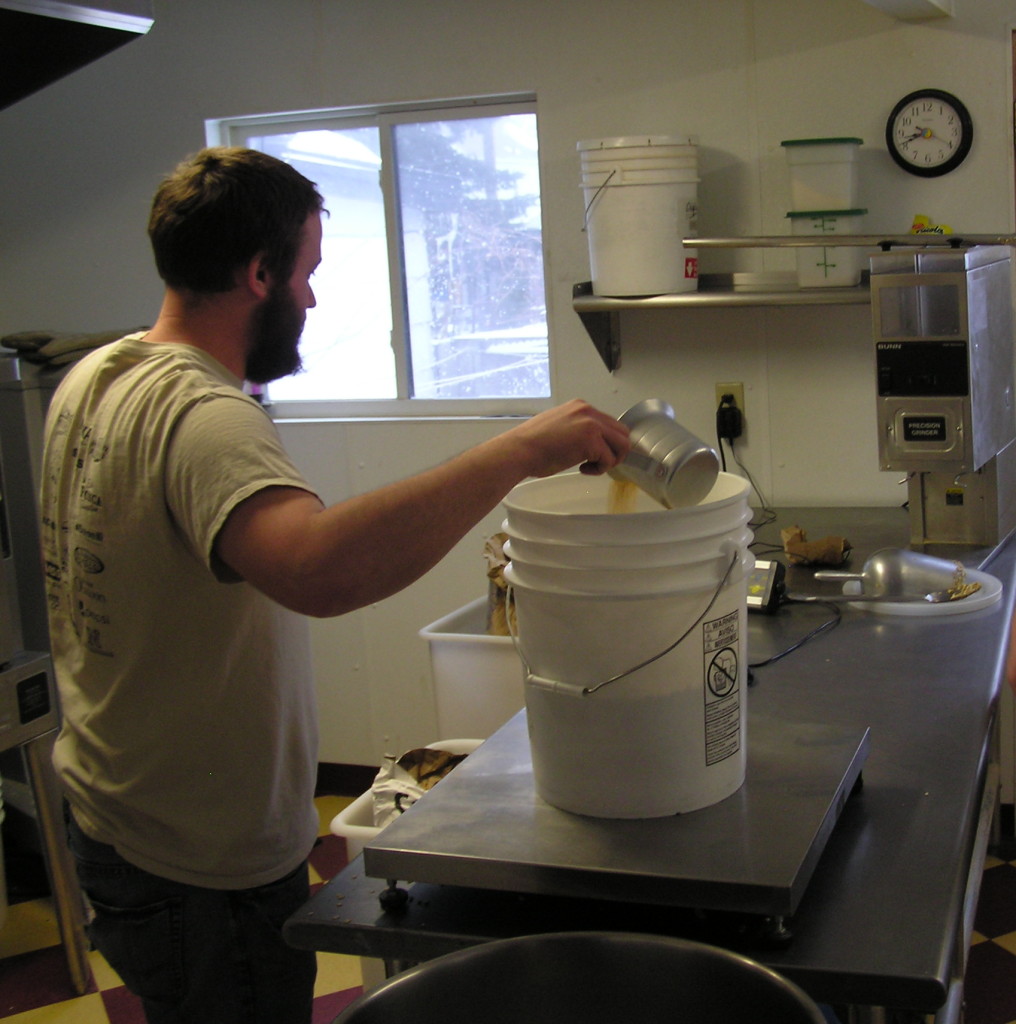 .         At the end of our visit we began to really understand why the Founder/Owner of Crapola, a graduate in Biology with an impressive amount of experience as a camp counselor, was so willing to help us. Brian understands the importance of getting children to experience nature with positive role models. Having two children of his own, who get a healthy dose of nature and positive role models at home,  encourages him to want to do what he can to help children in the area that don’t. We can’t emphasize enough how much people like Brian, and businesses like Crapola, mean to the Arrowhead, by doing their part in making a difference in the community. 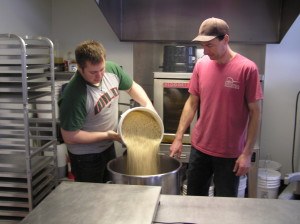 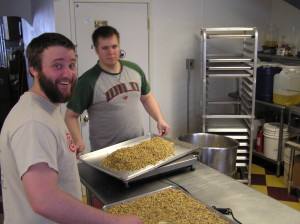 About to get crispy.

Cheers! To one hundred and twenty-three crappy mornings! 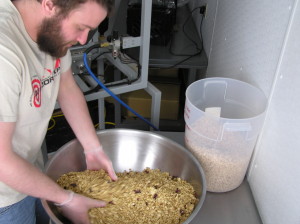 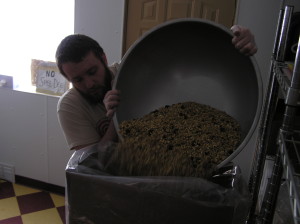 .         Thank you for helping us Brian, and giving Tales of the Trail’s Arrowhead Expedition a greater chance at reaching the children that need it most. 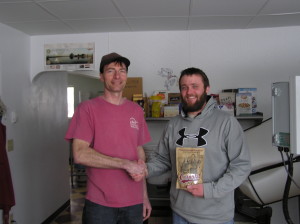