The Tales of the Trail Arrowhead Expedition is an expedition of stories. In May of 2014, Ricky and John will set foot on an expedition around the Arrowhead of Minnesota which will serve as an internship for their Outdoor Leadership program at Vermilion Community College.  Starting just off of  Otter Lake Road on the Superior Hiking Trail they will hike over 300 miles to Duluth, paddle over 1200 miles around the Arrowhead, across the Grand Portage, backpack around Isle Royale, and bike down the North Shore to Jay Cooke State Park. Along the way they will camp, paddle, hike, bike, fish, and enjoy many other activities with people from all walks of life. They’ll search for stories that motivate, inspire, move, humble, and hopefully touch lives in a positive way.

On their journey they will  stop at every  city, small town, community, and state park that they pass through and put on back-country lessons, activities, and many other fun family oriented events that are open to everyone who would like to participate. During these events Ricky and John will also share stories that they have found on their journey around the Arrowhead in an attempt to spread empathy, compassion, and a give greater sense of place to the historically and culturally rich part of our great country that is Northeastern Minnesota.

For more information on our expedition, check out our “Route” page. For a calendar list of events, take a look at our “Calendar” page. Lastly, if you would like to contact Ricky and John, send an email to talesofthetrail@gmail.com.

Thank you for taking the time to learn about the Arrowhead Expedition; we look forward to hearing from you and hope to see you on the trail. 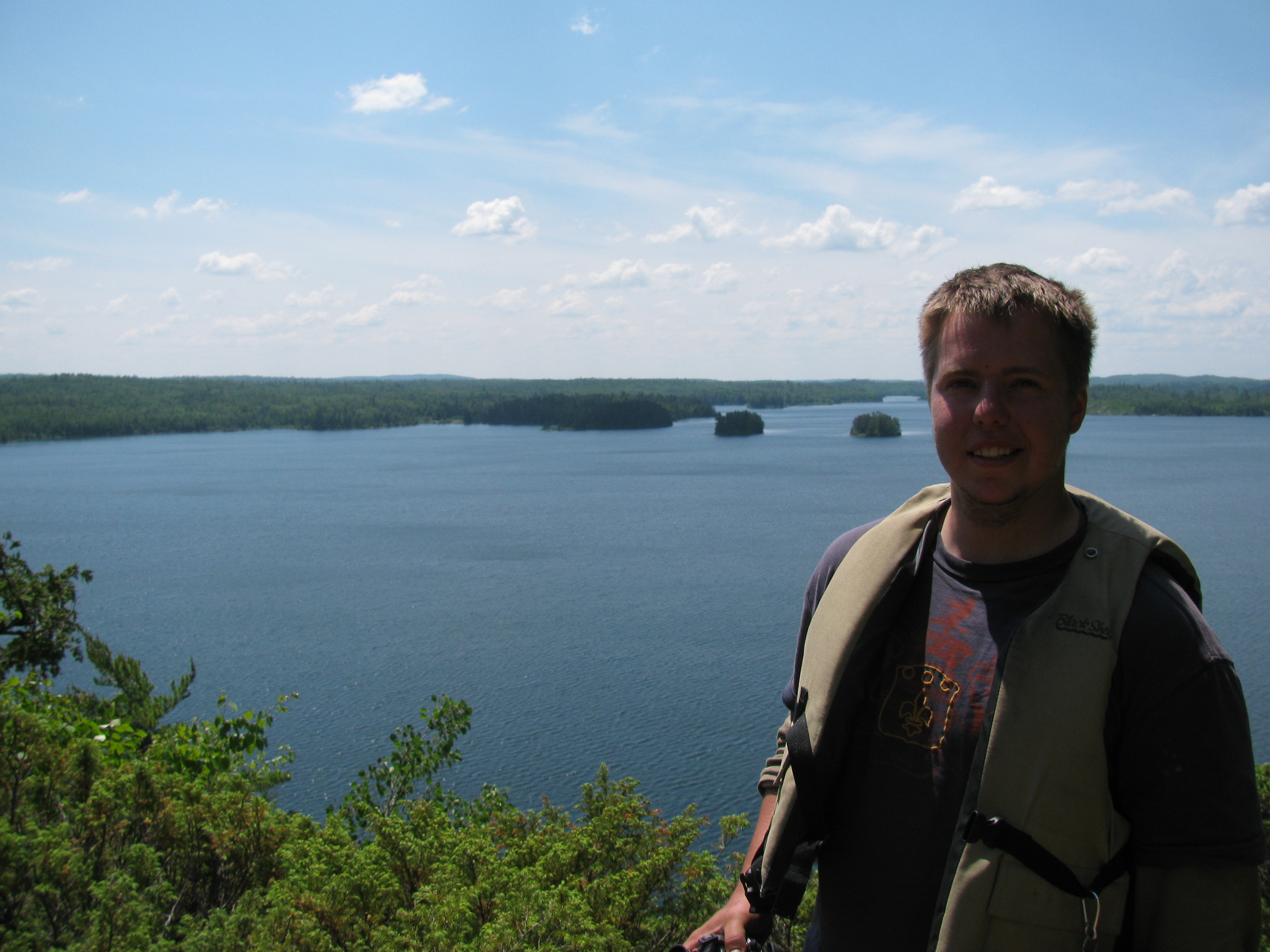 Ricky is a good ole’ local Minnesota boy from Duluth. Spending his childhood out in with woods with his neighborhood friends created a passion for the outdoors that is only matched by his lifelong love of adventure.
“I was incredibly fortunate to grow up next door to a few amazing friends,  and I owe a lot of who I am to them. They helped me to realize the importance of experiencing nature as a child.”
After graduating high school Ricky took a few years to decide he wanted to go back to school. Enrolling at Lake Superior College, he took a class that brought him to the YMCA Camp Miller for a weekend.
“Up until this point, my life had no meaning. That weekend I decided that i would be a camp counselor, the next summer I was, and it changed my life. When I was a child I lacked good mentors, so it was super humbling knowing how much of an impact I was making in kids lives.”
After a summer at Camp Miller, Ricky decided he wanted to make a career of being a professional role-model. He enrolled at VCC in Ely to pursue numerous degrees in outdoor education.
” Traveling the Arrowhead has been a lifelong dream since I first learned what a voyageur was. That dream is finally coming true, and in a better way than i could ever have imagined, through stories.” 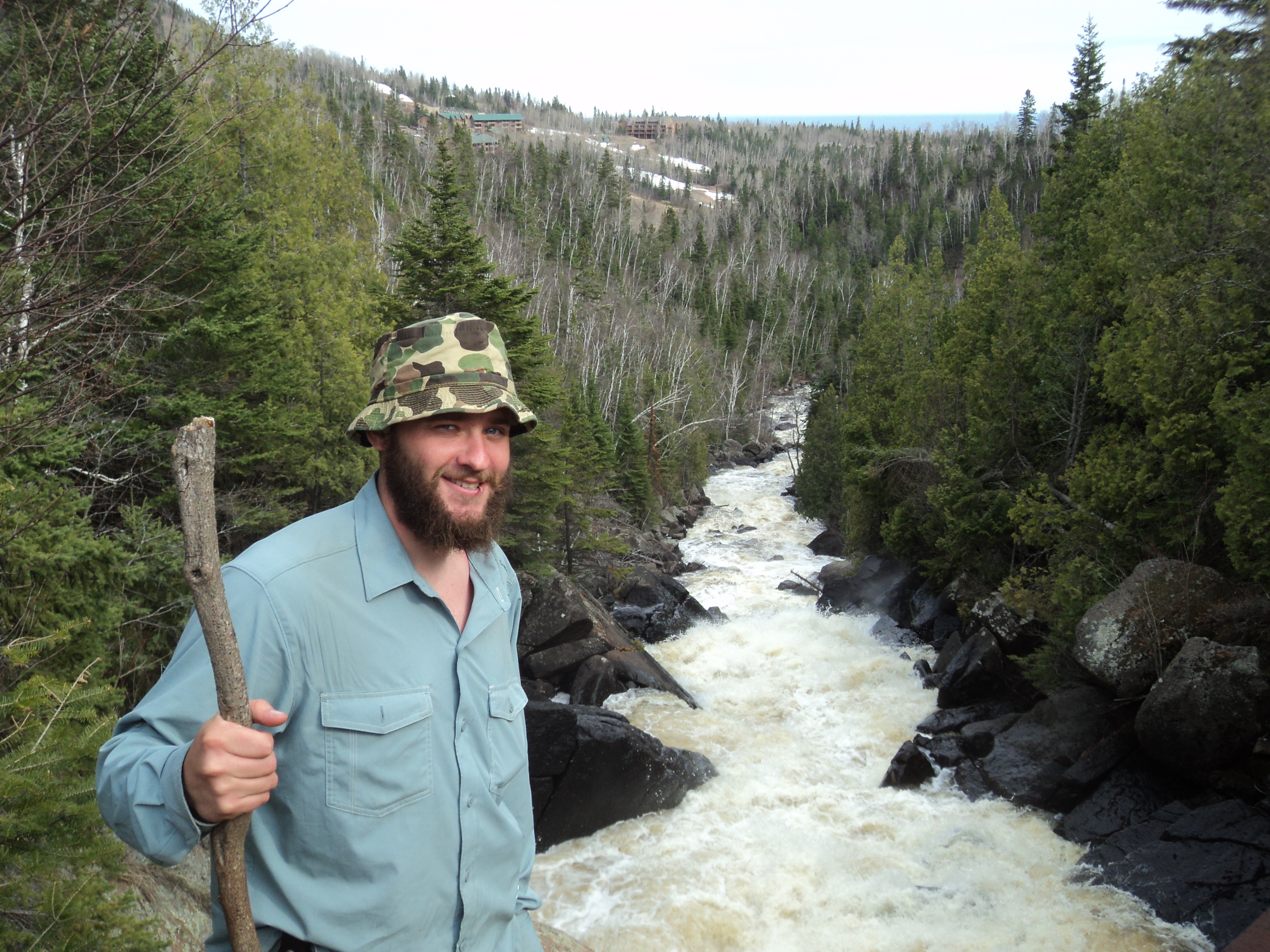 John Plettner was born and raised in the great state of Nebraska. After high school, through various jobs and the search for a college career, he found his calling while working with at-risk youth for a summer. John could see himself in many of the youth he worked with, and saw that they had many great qualities, as well many to be improved on.
” I realized I was someone they looked up to, a leader, someone who had the privilege to instill change in their lives”.
After this experience, John made the grand journey North, and found Ely, MN. He then enrolled at Vermilion Community College to pursue Outdoor Education.
“Through my explorations in Northern Minnesota I was inspired once again, and a dream was born, to embark on the greatest expedition of my life.”
John currently works as an outdoor educator at Ponca State Park in Nebraska, and will return to Ely in the end of August to finish his education at VCC. Then, in early May he will embark on the 2014 Tales of the Trail: Arrowhead Expedition in Northern Minneso